If you go to the 3rd floor of our main building straight into the Zoogeography hall and look for the “North American Fauna” display, you will have a chance to meet a true legend – Saturn the alligator. 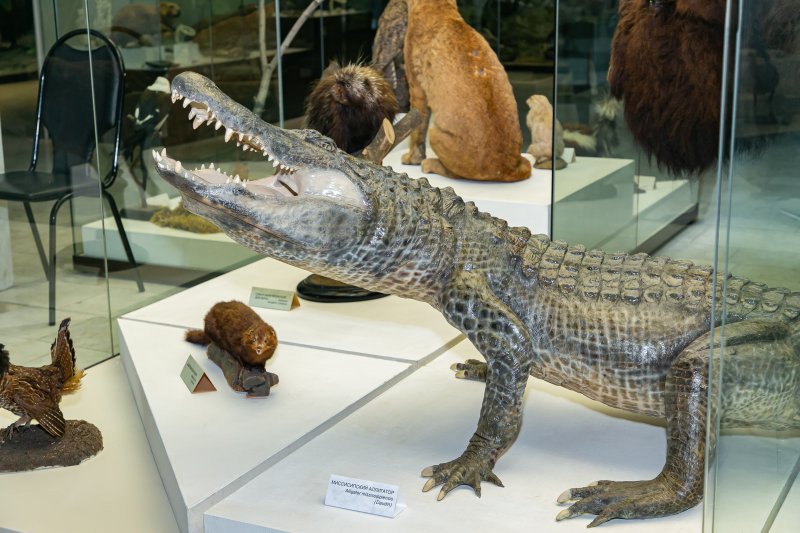 American Alligators inhabit freshwater wetlands in the southeastern USA from south Texas to North Carolina. Saturn was born in Mississippi, the USA in 1936. He was captured the same year and traveled all the way to Berlin, Nazi Germany. The alligator was put into the Berlin Zoological Garden, frequently visited by Adolf Hitler. This later gave birth to a popular rumor that the alligator was Adolf Hitler’s pet.  While this is very unlikely to be true, since Saturn lived at the zoo and was publicly displayed, they probably “met” in person when Hitler visited the zoo.

In 1943 The Berlin Zoo was greatly damaged and almost destroyed during the World War II bombardments. Less than 100 out of almost 4000 animals survived the bombing. Saturn was one of the lucky survivors who escaped the zoo. 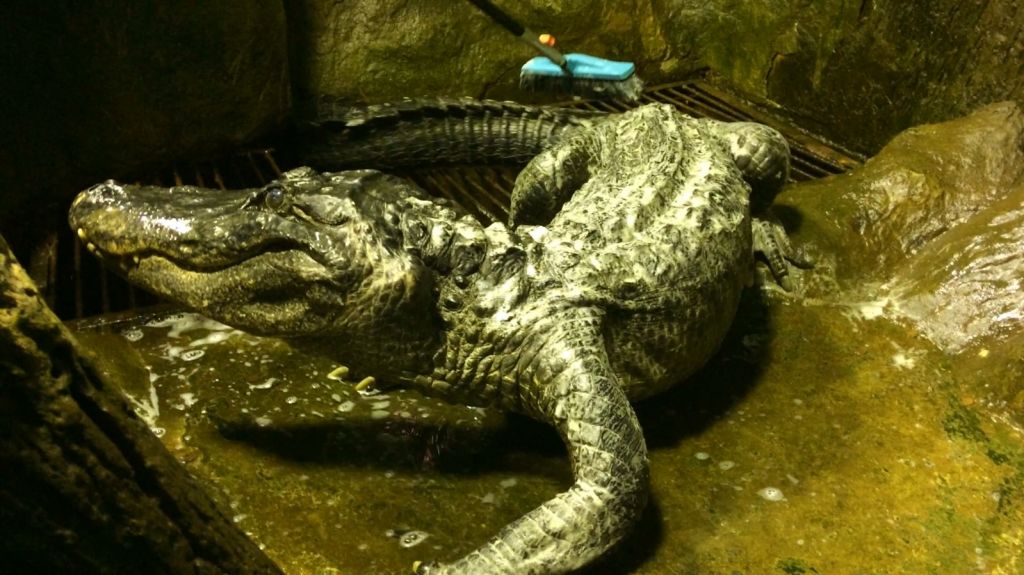 After 3 years, Saturn was discovered by British soldiers. It is unknown how did the alligator live during this time. American alligators can survive rather cold temperatures. When the water begins to freeze, they go into a period of brumation. They stick their snouts through the surface, which allows them to breathe above the ice.  They are also known to dig tunnels to protect themselves from extreme heat and cold. Probably this was how Saturn managed to survive for these three years.

British soldiers soon gave him away to the Soviets and the alligator was transported to the Moscow Zoo. Here the alligator was immediately loved and received the proud name Saturn. He lived in the zoo for 74 years, receiving attention and good care. He loved to eat chum salmon and to be cleaned and massaged with a brush. 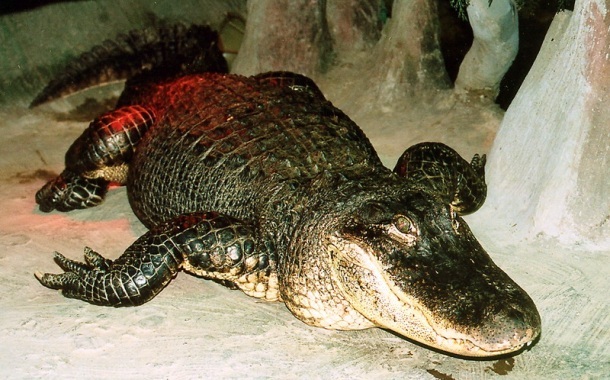 In May 2020, Saturn died at the respectable age of 84 and it was decided to donate the skin of the legendary animal to the Darwin Museum.

The taxidermists worked on the animal for 6 months. They treated the skin with special solutions and made a polyurethane foam dummy of the alligator. A skillful taxidermist Anatoly Alexandrov provided invaluable assistance. 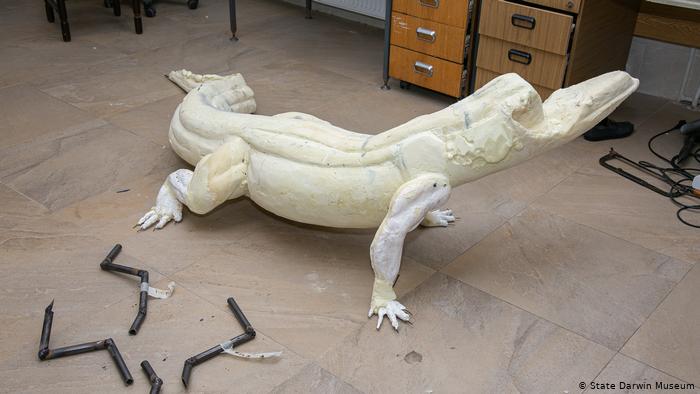 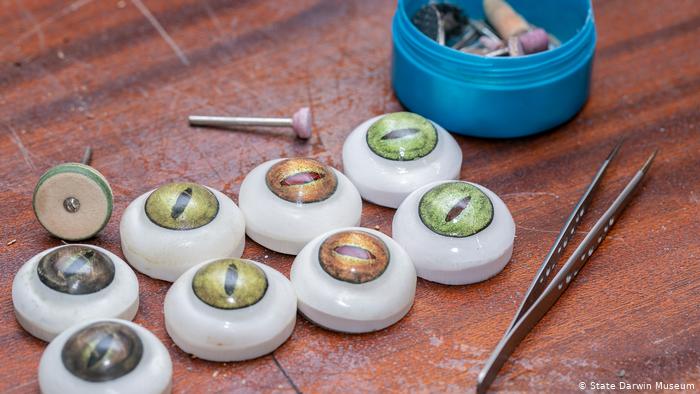 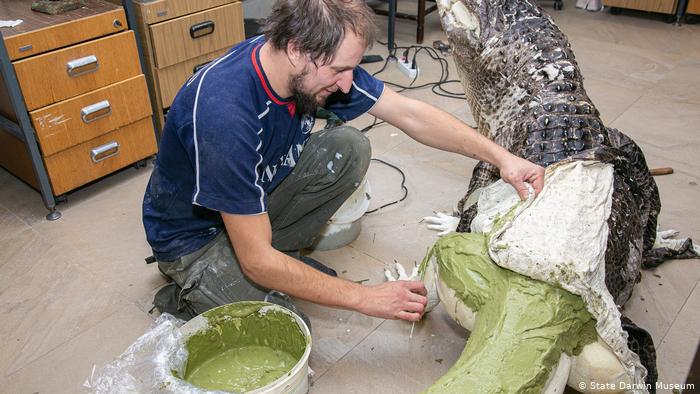 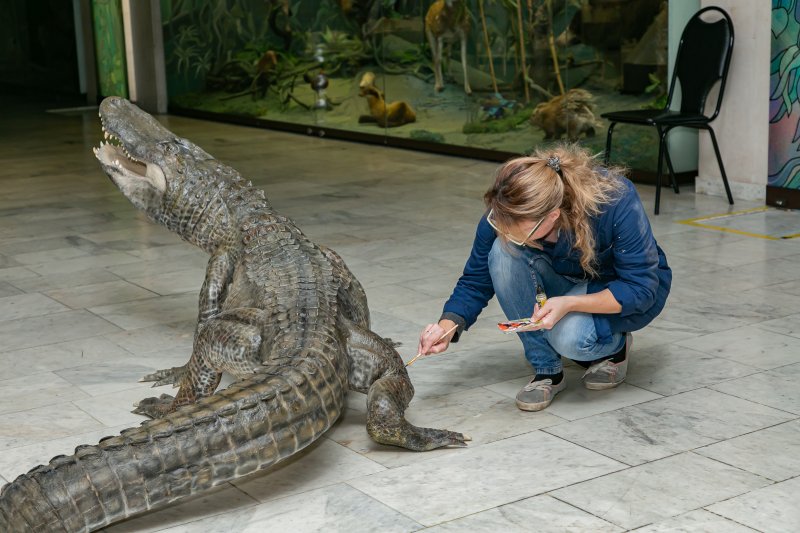 At the beginning of September 2020, the dummy was ready, and a previously treated skin was “fitted” onto it. On the Darwin museum 113th anniversary, October 7, Saturn appeared before the public for the first time: the taxidermy mount was ready with a few final touches to be made. 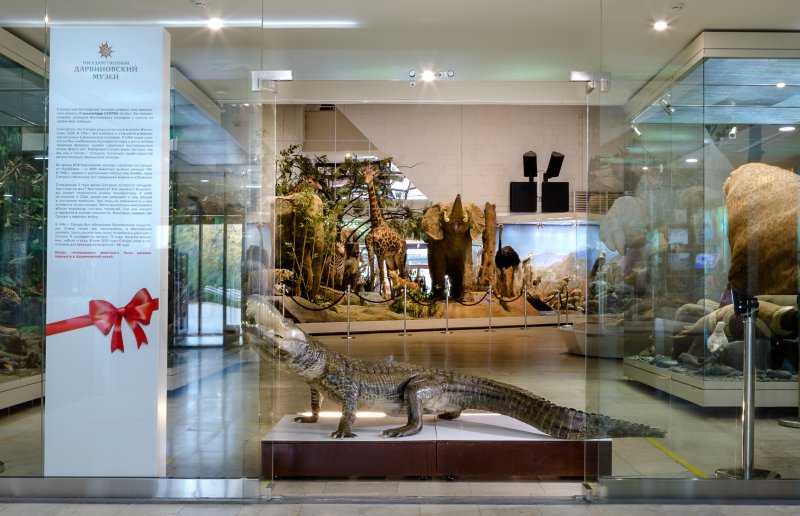 In December 2020 he was permanently installed in Zoogeography hall, where you can see him now and witness a true legend.