Cognize yourself – Discover the world

Walk the path of evolution 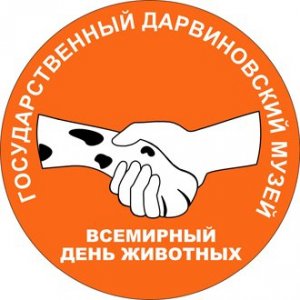 State Darwin Museum is inviting you to complete the "Life Code" AR-quest - one of the first AR quests in the world as well as the biggest museum quest in Russia! The quest is free for all museum visitors and is available for Android and iOS, including online format. According to the story line of the game, the action takes place in 2057 (the year of the 150th anniversary of the State Darwin Museum), when humanity is very close to decoding the genome of all living things on Earth. To collect the missing data, you are sent to Darwin Museum, where DNA samples of rare and extinct animal species are stored. You will have to complete tasks given by a personal assistant - artificial intelligence robot MAX-2057, as well as solve puzzles and look for "keys" and clues hidden among the museum's exhibits. In order to find the "Life Code", you will need to interact with real museum exhibits in AR mode - in total, more than 30 modern and extinct animals participate in the quest, from the ocean sunfish to the Velociraptor. About the project:The "Life Code" quest is the first stage of cooperation within the framework of the Memorandum of understanding between the State Darwin Museum and Microsoft in Russia. The AR-quest was created in partnership with Next.space, which specializes in VR and AR technologies and innovative museum projects. The famous illustrator Pavel Nikitaev created a motion comic that recreates the atmosphere of the near future. The AI assistant was voiced by Vsevolod Kuznetsov - voice actor, Russian voice of Tom Cruise, Antonio Banderas, and Keanu Reeves. The concept of an AR-quest in the setting of the future was created by Alexander Lavrov, the President of the Chapter of The Global Association for VR and AR (VRARA Moscow Chapter). The Darwin Museum team conducted scientific consultations. 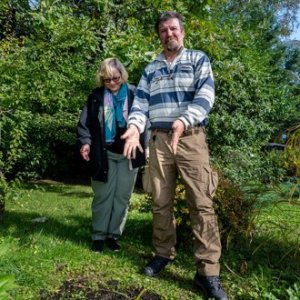 Today the world is celebrating the 50th anniversary of Earth Day. On this day different events are organized to inspire people to pay close attention to environmental problems and take good care of our planet. The first Earth Day was celebrated in the USA in 1970. This was a successful event, which attracted the attention of the wide audience, partly because it was held at the peak of student activities. The celebrations took place in two thousand colleges and universities, roughly ten thousand primary and secondary schools, and hundreds of communities across the United States. Due to the growing awareness of pollution and climate changes many laws and acts were passed to protect the environment. Today Earth Day is observed in 192 countries and coordinated by the nonprofit Earth Day Network, chaired by the first Earth Day 1970 organizer Denis Hayes. In Russia, Earth Day was celebrated for the first time in 1990.State Darwin Museum has been organizing mass activities to celebrate Earth Day for many years now. This time to celebrate the 50th anniversary we decided to support the initiative of Earth Day Network, an environmental nonprofit organization based in Washington, DC. The Network puts in a great deal of effort to connect museums with ideas and resources to celebrate Earth Day with environmental education initiatives that engage millions of students and community members around the world.However, due to the difficult situation caused by the COVID-19 virus outbreak, all activities will be done online. The main idea of Earth Day is to attract the attention of the masses to pollution problems, climate changes, species extinction, and other environmental issues. The Darwin Museum is doing its best to ensure the audience has ways to connect to science and the environment while under social distancing orders. Therefore, we have organized an online exhibition about endangered species and their conservation "Preserving Endangered Species". You can view it here https://artsandculture.google.com/exhibit/conservation-of-endangered-animal-species/ywJSAMnBU8hTIQ or on our website http://www.darwinmuseum.ru/projects/exhibition/sohranenie-vymirayushih-vidov-zhivotnyh?engAnother important event to celebrate the Earth Day 50th anniversary is our “shade-tolerant plants garden”. Starting from April 22, 2020, Darwin museum employees are going to be planting along the ENVIRONMENTAL PATH all kinds of shade-tolerant plants. The first to be planted under the linden trees are the ephemeral plants, which will stop blossoming before the leaves of the trees are fully developed. We have already planted Anemones, Corydalis, Scilla, Gagea, and Primula. The next ones to grow outside will be more than 20 species of ferns, which have been growing at the Darwin museum for several months already. Although, this will take place a little later when the weather is warm enough for the little ferns to survive. Darwin museum has also supported the Earth Day Network initiative “EE Signs of Hope”. One of the bravest museum employees, who is taking care of the “Nature Live Exhibition” inhabitants (with all necessary precautions) took a photo holding a poster with hashtags and museum’s slogan- “The Earth is our home, take good care of it”. 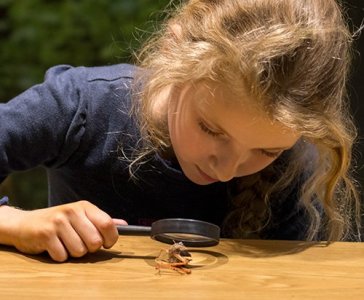 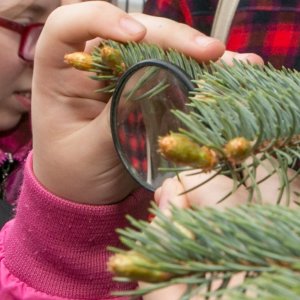 The ENVIRONMENTAL PATH exists since 2007. Today it is a green area of 1800 sq. m. – home for a living collection of woody and herbaceous plants.Recreation areaThe collection of plants comprises 75 species of trees and shrubs and 66 species of perennial herbaceous plants. Here you can learn more about plants that are our neighbors in big cities. Read interesting facts about the plants on the labels, which are also duplicated in Braille. Get a chance to see over 40 species of birds and about 100 of invertebrates. EstemmenosuchusPALEOPARK is a part of the Environmental path, displaying the life-size sculptures of prehistoric animals who used to inhabit the territory of modern Russia. Here you can also find representatives of the most ancient plants, such as Ginkgo, Tsuga and Pseudotsuga. The dinosaurs’ contemporaries – the Ginkgo genus first appeared 250 million years ago and comprised a variety of species, which were great in number.Information kioskAn Information kiosk is available to visitors at the Environmental path. It has informative interactive programs and games, three of which are about birds that can be met at the Environmental path. Visitors can also try the interactive stands, which can help you learn about the birds that nest in this region and when in a form of riddles. What do birds eat?Find out what food do different species of birds prefer by turning the parts of an interactive stand. Most of the food can be found along the path. Other interactive stands show plants, the type of leaves and flowers/fruits they have.One of the important topics we couldn’t miss is environment protection: waste. We designed stands to show how long it takes for different types of waste to decompose.Insects winter houseWe have taken care of numerous insects pollinating plants at the Environmental path, together with those hunting vermin. The house is built with regard to the preferences of solitary bees and wasps, green lacewings, ladybugs/ladybirds, bumblebees and others. The information stand nearby will show different stages of these insects’ growth and development.You can always walk the Environmental path independently or book a guided tour. 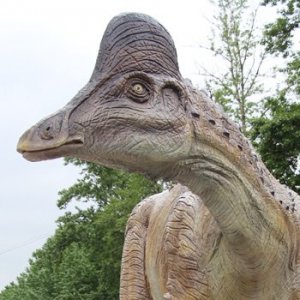 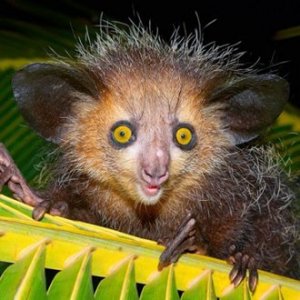 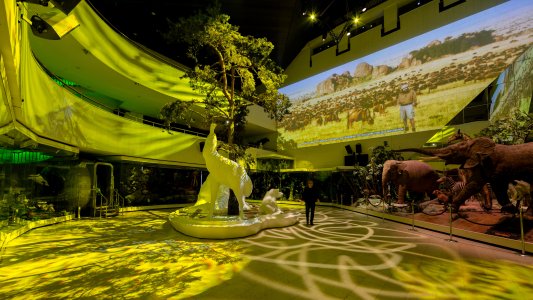 Bring style to your zoom meetings with these beautiful zoom backgrounds. Would you like to feel like you are at the Darwin Museum, even while working from home? Or maybe you would like a desktop background refresh? The Museum is delighted to share these Museum-themed Zoom and desktop wallpapers, free for you to use. Download your favorite image and upload it to your video conference platform. Just click the link: https://drive.google.com/drive/folders/137YanAinxGmQ6AMh709q4Sd5e93po-Wa?usp=sharing“The diversity of life on Earth” hall, permanent exhibition.Interactive educational centre “Cognize yourself – Discover the world”.“The diversity of life on Earth” hall, permanent exhibition.“Life during the Jurassic period”. Painting by Konstantin Flerov.