Our mission is to collect, preserve and study the natural heritage. With the help of rich collections, permanent and temporary exhibitions, scientific publications, educative and interactive programs the museum's goal is to develop and popularize the main achievements in the sphere of evolution theory, ecology and other important sectors of modern biology and animalistic art, and the most important - to make this knowledge interesting and available to a whide audience.

The State Darwin Museum was founded by Doctor of Biological Sciences Alexander Kohts (museum’s director 1907-1964). Alexander was a scientist, museologist and professor. His passion for biology developed when he was a child, born in Moscow in 1880 into the family of German immigrant PhD of Gottingen University, an outstanding botanist, linguist and poet-lover Alfred Kohts and Eugenia Aleksandrovna (maiden name Grassman). At the age of 19 Alexander Kohts participated in his first independent expedition to Western Siberia, where he made his first taxidermy mounts of birds - the basis of the future Darwin Museum collection. Later Alexander mastered the art of taxidermy at Friedrich Lorenz’s workshop (1842 - 1909) - a renowned zoologist, taxonomist and owner of the best taxidermic laboratory in Moscow. After Lorenz’s death Alexander became chief financial officer of the company and, upon his request, was paid taxidermy mounts, while the workshop was still working for the Museum at discounted prices. 1901 - Alexander Kohts became a student of Natural Sciences Department of the Faculty of Mathematics and Physics at the Moscow State University, where he grew fond of general biology. Alexander spent all money earned on private biology lessons to buy biology books, some of which are still being carefully stored in the library of the Museum – editions by Alfred Wallace, Hugo de Vries, August Weismann.

1905 - Alexander travelled abroad to Villa Franco to take part in practical training in Hydrobiology and to see how Darwinism is taught at the largest European universities. He made some useful personal acquaintance with the pillars of the Theory of Evolution - Hugo de Vries, August Weisman, Ernst Haeckel. Even so, Alexander was disappointed to find lectures rather formal and even boring due to the lack of demonstration materials in the classrooms. He was struck by "the abundance of facts and how poorly the idea was expressed". That’s when Alexander decided to create upon his return home a museum, which would promote the Theory of Evolution. The new museum was to combine theoretical knowledge and visual evidence.
Yet, back then he had neither money, nor the building to achieve his dream, but his brilliant ideas and enthusiasm.

1907 - Kohts was invited to conduct practical classes in animals anatomy at the Moscow Higher Courses for Women, and later to give lectures on Darwinism. Kohts moved his collection from his small apartment to the zoological laboratory at the Higher Courses. Alexander divided specimens into groups according to “the chapters of the Theory of Evolution: geography, age and personal mutation, adaptation, Mendelism, Lamarckism, the origin of man ...”. He ordered staffed animals from Germany, England and France, which were partially paid for by the lab. However, the majority was still bought at Alexander’s personal expense. 1911 - Alexander Kohts married Nadezhda Ladygina (1889-1963) - an honours student destined to become a famous scientist, specializing in zoopsychology, the author of many scientific papers, Doctor of Biological Sciences. For half a century Nadezhda fought alongside Alexander to find resources for the museum. The young couple doubled their efforts to work on museum collection. With money they could spend on food they would buy exotic animals and birds. 1913 - Alexander Kohts and Nadezhda Ladygina-Kohts travelled to Europe to acquire new exotic specimens from around the world skillfully made by taxidermist companies in London, Berlin, Hamburg and Halle. They also bought books on biology and five original letters of Charles Darwin. Two scientific works by Kohts were published the same year - "Essays on the Theory of Evolution" and "Ways and goals of the Theory of Evolution translated into biological museums". In the latter work Alexander for the first time expressed the idea of displaying some works of art in Natural History Museums. Even during the years of revolution and civil war of 1917, full of confusion, terror, hunger and cold, the museum staff continued their work - creating sculptures, paintings, stuffed animals, conducting scientific research.

1918 - the museum collection was granted a Preserve certificate confirming its status of "a great scientific value". In those difficult times Kohts had to occupy several positions at a time – professor at Moscow State University and at the Military Pedagogical Academy, Pedagogical Institute, as well as to give educational lectures at numerous clubs.

1920s - Alexander Kohts was appointed director of the Moscow Zoo, where he resumed giving guided tours and working on his research work. The results of experimental studies on animal psychology, genetics and interspecies hybridization were recorded in photographs, drawings and taxidermy mounts - now an invaluable part of museum display. Alexander Kohts elaborated exhibition and lecture methods to promote the Theory of Evolution. For more than 30 years of museum’s existence half a million of people visited it. The archive contains hundreds of gratitude letters addressed to Alexander for his wonderful lectures and exhibits.

Besides the immense work on arranging and registering collections and endless efforts to get a new museum building, Alexander Kohts managed to write more than 200 papers on museology, which are still relevant and should be treated as classic works on museology.

1995 - the dream of Darwin museum founders has come true – the new building of Darwin Museum opened its doors to visitors.

Alexander Kohts had a challenging but rather wonderful life. He was lucky to see his museum acknowledged and appreciated by the public, to work with hardworking and loyal employees. Today we are lucky to inherit his museum with an outstanding collection of valuable exhibits, along with precious scientific works. Alexander Kohts set an example of how determination and boyish enthusiasm can help fight for one's dream. 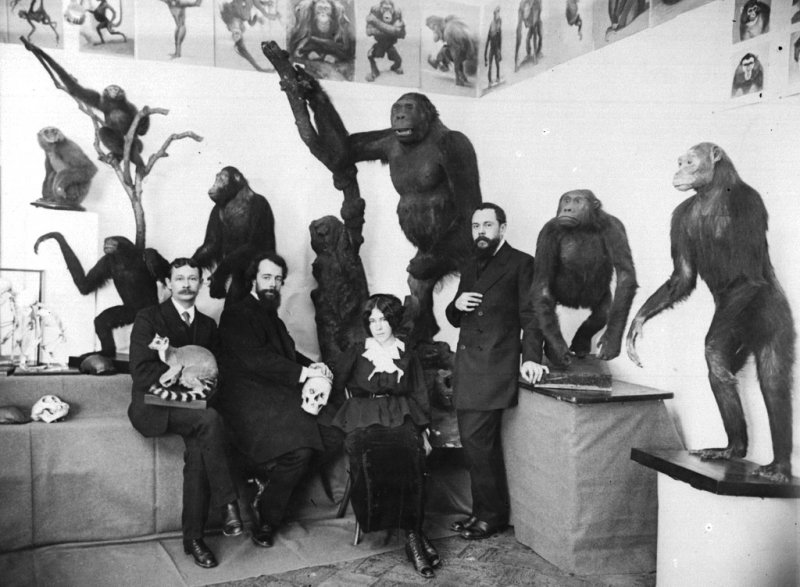 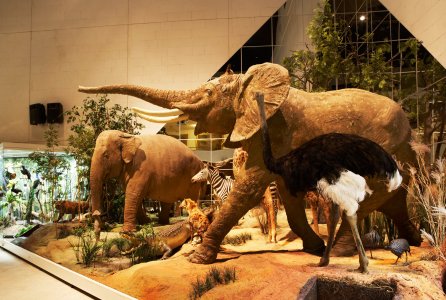 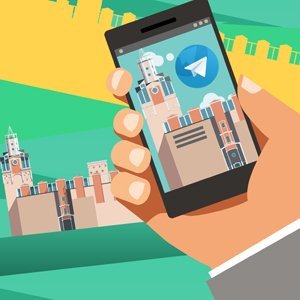 Dr. Anna KlyukinaMuseum Director, EdD.Director of the State Darwin Museum since 1988. Under her governance the museum finally received a new spacious building (1995), new permanent exhibition halls and interactive centers were constructed, as well as a light-video-musical show “The Living Planet” was launched. She is not only the author of new educational programs projects in the sphere of ecological education, but she also introduced educative brochure-guides around museum collections for visitors of all ages.anna@darwinmuseum.ruTatiana KoubasovaDeputy Director for ResearchMaster's degree in Biology, Specialist in Ecology as well as in Museum sciences and cultural monuments preservation.tatkub@darwinmuseum.ruValeria SobolevaSpecialist in international exhibition projects and cross-cultural communicationvalsob@darwinmuseum.ru